Electron backscatter diffraction (EBSD) is a technique that is commonly used to study the effects of phase transformations in materials. This can be beneficial in a number of research areas, including for determining the conditions during metamorphism of geological samples, or to assist in the refinement of processing conditions for the optimisation of properties in steels.

There are several different types of phase transformation. Diffusive transformations occur much more slowly and involve the diffusion of atoms relatively large distances within the atomic lattice. Many geological phase transformations are diffusive, as is the eutectoid decomposition of steel into pearlite: a mixture of ferrite (Fe-BCC) and cementite (Fe3C). Displacive (or diffusionless) transformations occur much more quickly, with the crystal structure changing through unit-cell distortions without any long-range motion of atoms. The transformation of austenite (Fe-FCC) to martensite on quenching is the most common example, but displacive transformations occur in many materials (e.g. Ti, Nb, Zr alloys). In a displacive transformation, there exists a specific orientation relationship between the crystal lattice of the parent (higher temperature) phase and that of the child (lower temperature) phase. Many of these relationships are well known and can be used to reconstruct the parent microstructure from the orientations of the resulting child phase. This is known as “parent grain reconstruction” and has been a topic of interest in EBSD for many years.

There exist many publications proposing different approaches to parent grain reconstruction using EBSD data, including (but by no means limited to):

However, in AZtecCrystal the bulk of the parent grain reconstruction tool is based on work carried out at the National Taiwan University and published in the following paper:

Huang and colleagues devised a 3-step process for parent grain reconstruction, involving the refinement of the orientation relationship, the measurement of the child grains (“orientation coalescence”), and then a voting process to determine the most likely parent phase orientation. This is schematically shown in the image below, but full details are available in their published work:

Although the OR refinement step in AZtecCrystal is not necessary for good reconstruction in all datasets, it does significantly improve the robustness of the reconstruction in martensitic steels. This is shown in the maps below: 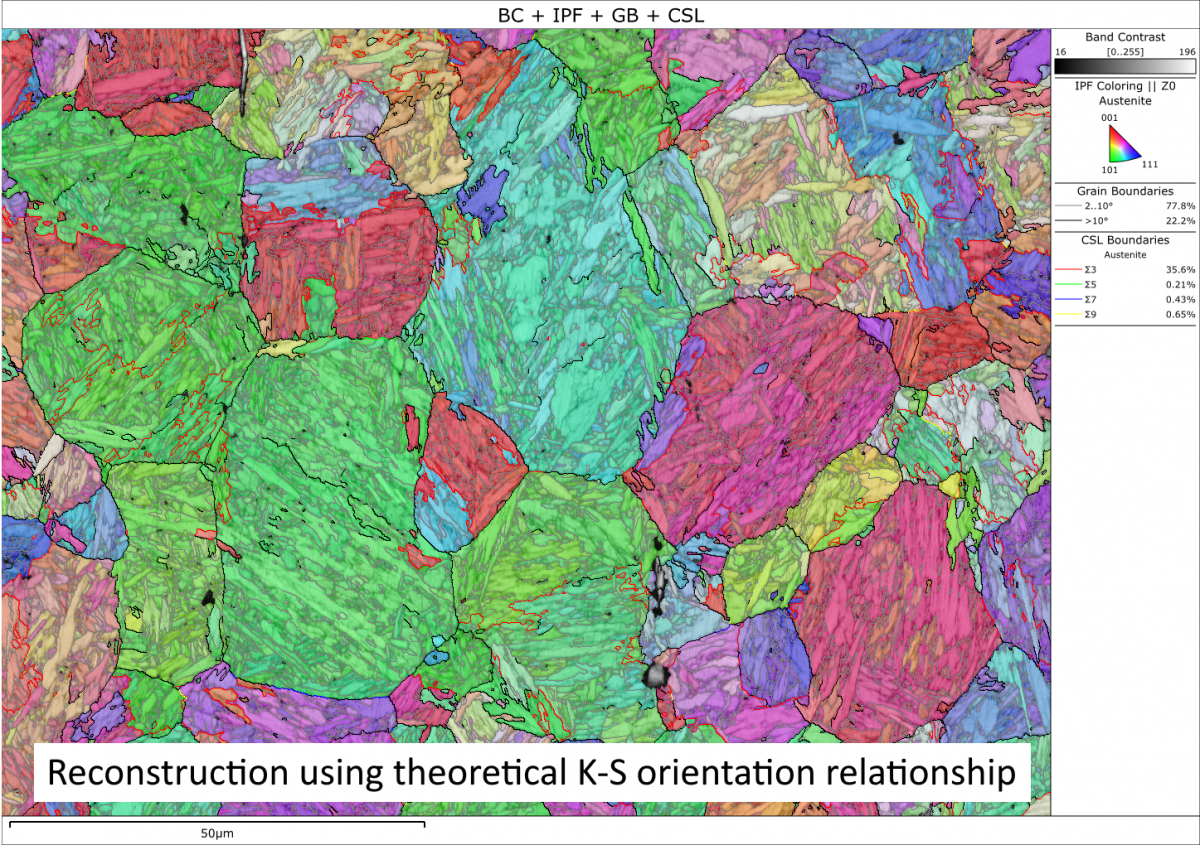 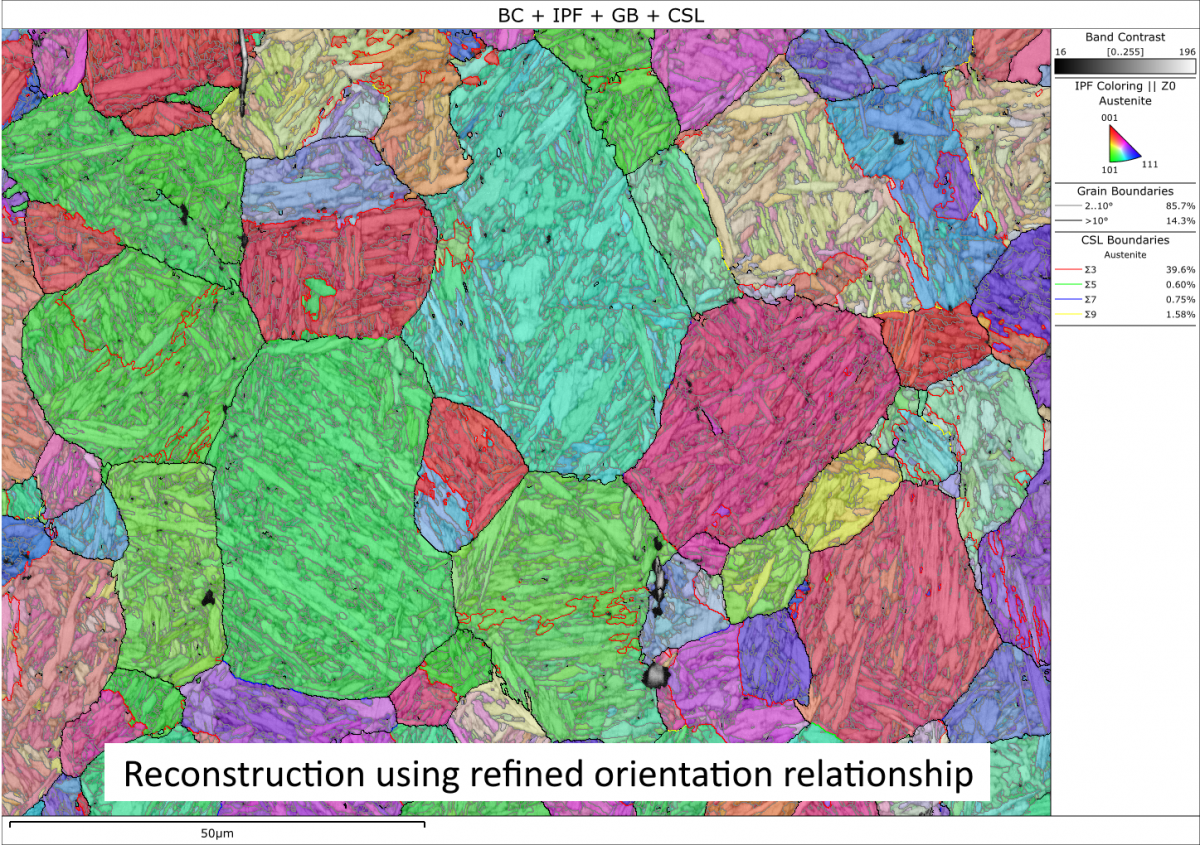 The benefits of orientation relationship refinement for parent grain reconstruction in steels are well described in the work of Nyyssönen and colleagues:

AZtecCrystal
Open in a new tab